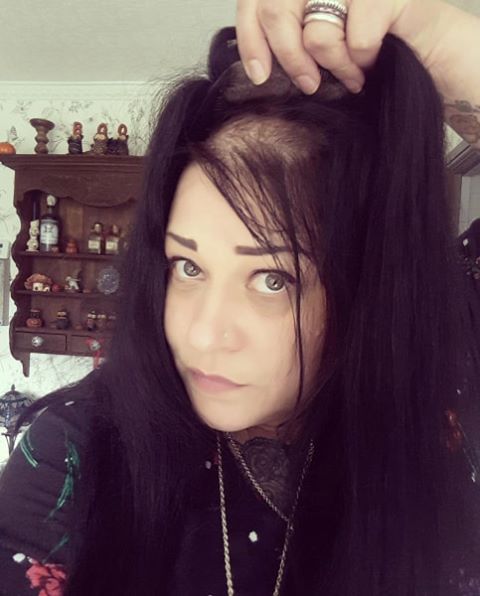 If you’ve heard of trichotillomania, then that’s the answer to ‘Why does your hair look like that?’ It’s punny as well — a short reflection? You’ll understand my punny title in a moment.

What is trichotillomania, you ask? It is a mental disorder that classifies under Obsessive-Compulsive and other related disorders. It urges the individual to pull out their hair despite the attempts to stop. Head hair, legs, arms and eyelashes, you name it! Crazy right? Well, for someone like me, it isn’t that crazy at all. It’s quite the norm in my everyday life. trich (for a shorter word) usually lasts a lifetime and is hard to treat, but that doesn’t mean it can’t be done. Cognitive Behavioral Therapy and sometimes medicine can help along the way to recovery. People often cause themselves to become bald to the point that they can’t even hide it, which does wonders for your anxiety…

Sometimes a person affected with trich can go months, even years without the strong urge to pull until one day it suddenly happens again. I am speaking for myself back in 2010 when I was 16. My life was great, and it had been years since I had ripped out all my hair, but then over just a few months, it returned. I remember one morning before school looking in the mirror (I was not a very self-aware teenager in terms of my looks), and that is when I noticed my 16-inch hair was shorter than my shoulders on one side. The fact that I wasn’t even aware of the damage I had caused myself was shocking enough.

When you have trichotillomania it’s like you’re in a trance, you are not always aware of what you are doing. You could be watching TV or reading a book while you’re twirling your hair and making knots, even now I do it while I’m driving my car at 24 years old because I can’t stop. Soon before you know it there are giant hairballs on the carpet of the lounge room, although the experience for each person with trich is different than my own. After the realization of what I had done, I cut it all off, and that is where my fascination with hair extensions began. I still wear them to this day to make myself feel normal.

I had struggled on and off since that time when I looked in the mirror at age 16. Eight years later, and I finally have a diagnosis. Now at 24, struggling more, my doctor sent me to a therapist, and that is where I got my diagnosis. I think deep down I knew it wasn’t just a habit. I have given myself bald patches before from pulling and ripping out so much hair, and after realizing what I had done, I wanted to keep going because it felt terrific (don’t ask me why I enjoy it, I guess it just comes with trichotillomania.)

From an outsider’s view, it must make me look crazy, and I agree, sometimes I feel like I am. I often say to my partner (who is very understanding with all the hair he finds that I try to clean up) why can’t I stop? Why am I like this? But I am never able to answer these questions.

Even going to the hairdresser has been a struggle. Many times they would tell me that I have shorter hair in various places and IT WASN’T THEM THAT CUT IT SO SHORT to which I replied ‘Oh yes, I have trichotillomania,’ and their reactions are next to nothing, either because they don’t know what that is because it isn’t very well-known or they act like I am a total weirdo, which I agree because I am. Ever since I’ve decided to cut my hair — as terrible as I am at cutting hair, it’s better easier than dealing with that each time to go to a professional.

I know you’re probably thinking boohoo what about people with real problems? But when a mental disorder affects your daily life, it becomes hard to deal with and brush off. For me, it is a real problem. I had a desk job for three years. One day I must have been ripping my hair out without noticing. The next day my superior pulled me aside to sternly tell me that the hair all over my desk was not on. I agreed that it wasn’t on at all. Not professional, but with trich, you don’t even realize what you’re doing most of the time, which is why it becomes rather embarrassing.

The older I’ve gotten, now that I’m an adult, I have learned that it’s okay to talk about it. It is okay to be okay with my affliction. I am used to all the reactions I get. I refuse to hide what is a big part of my daily life because, in a way, it only makes it harder to solve the demons. Everything I have said here has just been a short reflection, I could go on and on about the experiences I have had with my mental disorder, but I think I have said enough for one day. I guess the point of this short article is not so much to enlighten you but to bring something weird out in the open as if it is normal because for me it is a regular ritual in my daily life — a short series of reflections, short just like my hair, unfortunately.